Airtel Whack - Behind The Scene

7th May 2017, this was the day when we were heading back to Delhi after winning Avaya Hackathon, Pune. This was our second Hackathon after Smart India Hackathon. We landed on Delhi airport at 10:50 PM. As soon as I descended my brain reminded me of Airtel Hackathon in Gurgaon. Immediately, I checked the Hacker earth. This is a website where Hackathon is hosted online. There I came to know it was the last day to submit our idea. I called Piyush and Prabhanshu in post-haste as they didn’t participate in the Avaya Hackathon and I asked them to submit idea. I had participated in Avaya Hackathon along with Anudit and Shivam Singhal, a junior whom I was training. In high time we made the PowerPoint presentation, we wrote idea as soon as possible and submitted it. Piyush and Prabhanshu were doing from hostel and we were doing from metro. It was frolic to do. We were doubtful for our selection. But hard work pays back and we got the mail stating we were selected. Still I get Goosebumps. The Hackathon was on 20-21 May. The moment we met people over there, our nerve disappeared. As someone happened to be Data Scientist of Ola, someone’s team was Microsoft and other was from LinkedIn. Many of the teams were of Airtel. It seemed to be a top notch competition. We were cold feet after seeing what others were making. As it is said, “It doesn’t matters how small we are if we have faith and a plan of action”. So this was the time when I framed questions (on which we design prototype only after getting satisfied by their answered): How will it affect the world? How is it going to add value to the maker? How is it innovative? What’s the target audience, is it broad or a narrow category? These questions were in my mind before also but I framed them for the first time. We were like we don’t stand a chance. Life begins with one step outside of our comfort zone. I knew we can’t stop waves but we can surf it. Now, I thought about making these two things: Recommendation and Prediction Engine Chat Bot Piyush and Prabhanshu started to make engine, I started to make Chat Bot and Anudit worked on design. Except me no one acceded on Chat Bot. Because, most of the teams were working on Chat Bot. But my plan was bit different, I knew- too many programmers on the same task in limited time can be a disaster. That’s why I decided two were enough for that engine and I had to do something owing to the fact that, either we can run the day or the day will run us. Therefore, I made Chat Bot.

Since, we didn’t want any excuses, explanation or regrets at the end of the day therefore , we were working whilst the night was ticking away. Presentation was at 10 in the morning. We all were dog-tired and so eventually we all slept. Anudit was wide awake for making PowerPoint presentation. At 9:30 in the morning Anudit woke up. He aroused us from sleep. We must wake up, smile and tell ourselves, “it is my day” and so we did. Then we went on for giving presentation. I presented the product but didn’t present Chat Bot. As, it was decided by team. After presentation we came back. We answered all the questions. Questions were quite simple. And so I thought we won’t be selected. I am good at one thing and that is, I can befriend anyone in 5 minutes or I can say I am amiable. So, I used this quality of mine. We came back and drank Red Bull. Till then Anudit and Piyush were also awake. And then we started to pack.

After sometime it was time for result announcement. So, we headed towards auditorium. When announcement was commenced we were packing our bags. Those announcements were of top 10 for the next round. One after the other names were announced and we were checking Uber and Ola cab rates. Post 6th announcement we heard Ignited_Minds. The feeling was ecstatic. It was jubilant. We were on cloud nine. Or I could say we were on the top of the world. They were clapping in every announcement but in our time Anudit yelled and his whooping seemed like he was over the moon. The hall was silent but us. Heads turned towards us. And then we opened our bags. We started to work on presentation. We didn’t get much time. Presentation started in 1 hour. Ours was on 7th number. The team before ours faced some technical issue and so order was swapped. When the 6th team gave presentation they were asked many questions. They also received applause. Our presentation was given by Prabhanshu and we three were to answer cross questions. Presentation was given and prototype was shown. We ended up saying thank you and they too did the same. After our presentation other teams were also cross questioned and they too received applause. Our morale went down. We were again packing our bags. Now it was the time to declare winners. Second and first runner ups were announced. Then somehow I noticed 4 certificates for the winner. And interestingly, there were no such team having four members but us. This time I knew we won. This time I shouted. All of us were asked to guess the winning team. I was like- we are the winners. Finally, they announced and we won. My teammates thought I was kidding. Had not, we thrown ourselves in this notch competition, we won’t have had won the Airtel Hackathon.

Keep tuned for more stories from my hackathon series.

Credits - Aditi Prerna (Writer & Editor). She is writing and compiling my stories at rjrajivjha. 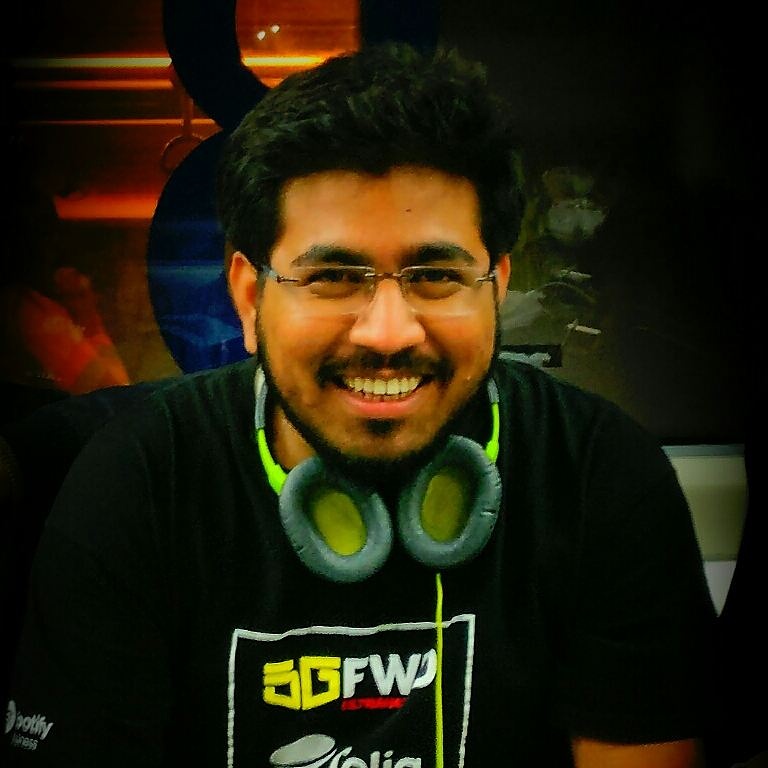